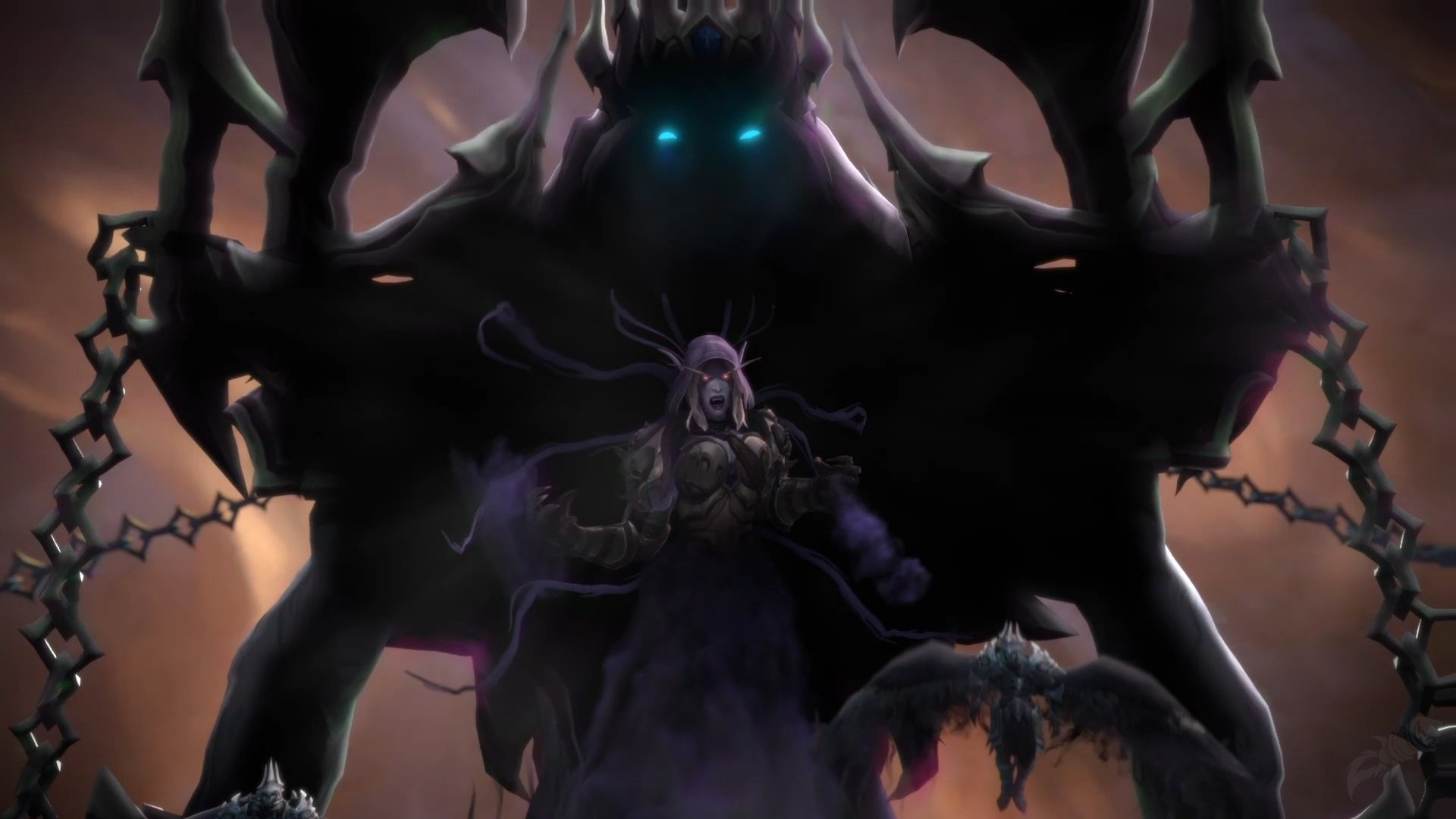 With a single act of destruction, Sylvanas Windrunner has ripped open the way to the afterlife. Azeroth’s staunchest defenders have been dragged into all-consuming darkness. An ancient force of death threatens to break its bonds and unravel reality.

So what can we expect from the release of Shadowlands?

The Shadowlands, resting place for every mortal soul - the afterlife, where the souls of the dead fall, where they are judged by their earthly deeds, but in the last time all souls fall into the Womb - a place of torment for the worst sinners. After the actions of Sylvanas, the leaders of the factions also disappeared somewhere in this place. So you will be the one, who will save the whole magic world again :) 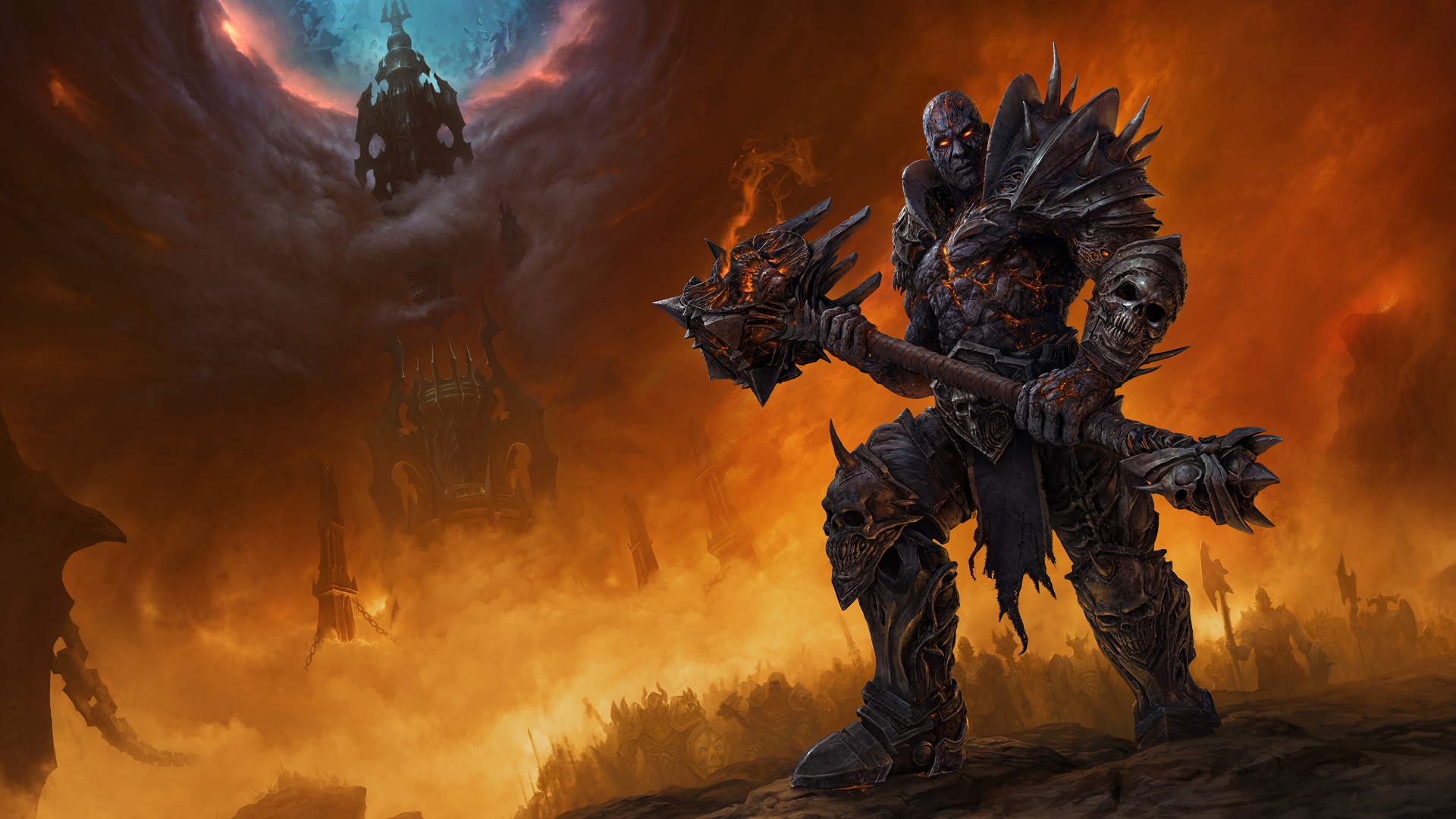 Before the release of Shadowlands, there will be a limited-time event named Death Rising Event, you can respond to the call, stand up to protect Azeroth from the invasion of the Scourge and fight back the armies of the undead. You will have to fight in the Icecrown, where you can meet already familiar bosses. There, the border between the world of the living and the world of the dead has collapsed, and you are given time to prepare for your future journey to the Shadowlands. 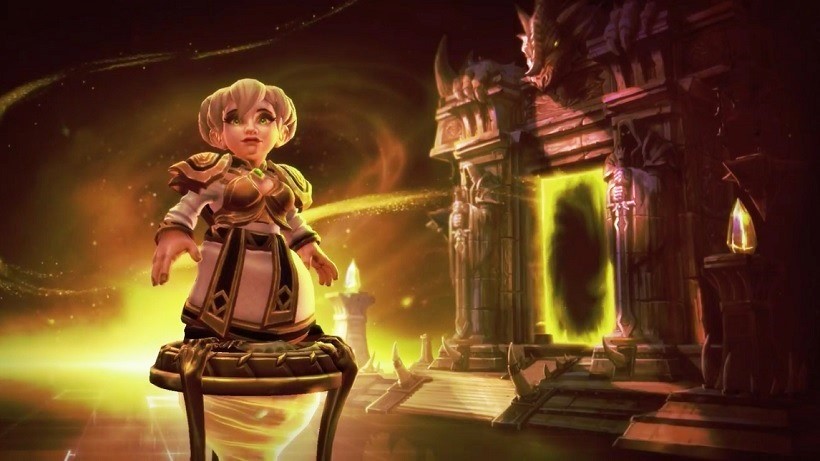 In Shadowlands Blizzard has reduced the maximum level from 120 to 60. So if you had a hero level 120 in Battle for Azeroth, then in the new add-on he will be only 50 lvl - the remaining 10 levels need to be raised in new locations. At the same time, all characteristics were reduced - this is a common practice, and now we will not observe huge numbers of damage and points of health.

Due to the decrease in levels and characteristics, the levels of items will also decrease, which will affect the price when they are sold, therefore, when passing old dungeons and raids in the Shadowlands prepatch, players will receive significantly less gold, by about 35-50%.

Also allied races no longer require the exalted faction of the respective race to unlock.

Changing the level system and development will entail one important transformation - the bonus to experience from heirlooms will no longer be needed. Now a set of carefully assembled equipment will serve only one purpose: to save the player who develops the next twink from the need to watch out for dressing.

This also applies to items of the highest level given after the defeat of N'Zoth the Corruptor. His Dark Empire is reduced to dust, and the corruption effects of tainted items no longer work. Well, this happens with every item of the old patch before the new one is released.

Talking about loot, there will be another new thing - the Weekly Chest, from each we get every new week various random items, the level of which is related to the level of the conquered activities, in Shadowlands, players will be able to choose a reward from a chest! For conquering higher difficulties and killing more bosses, and so on, not only the quality of the rewards will increase, but also the number from which you can choose. 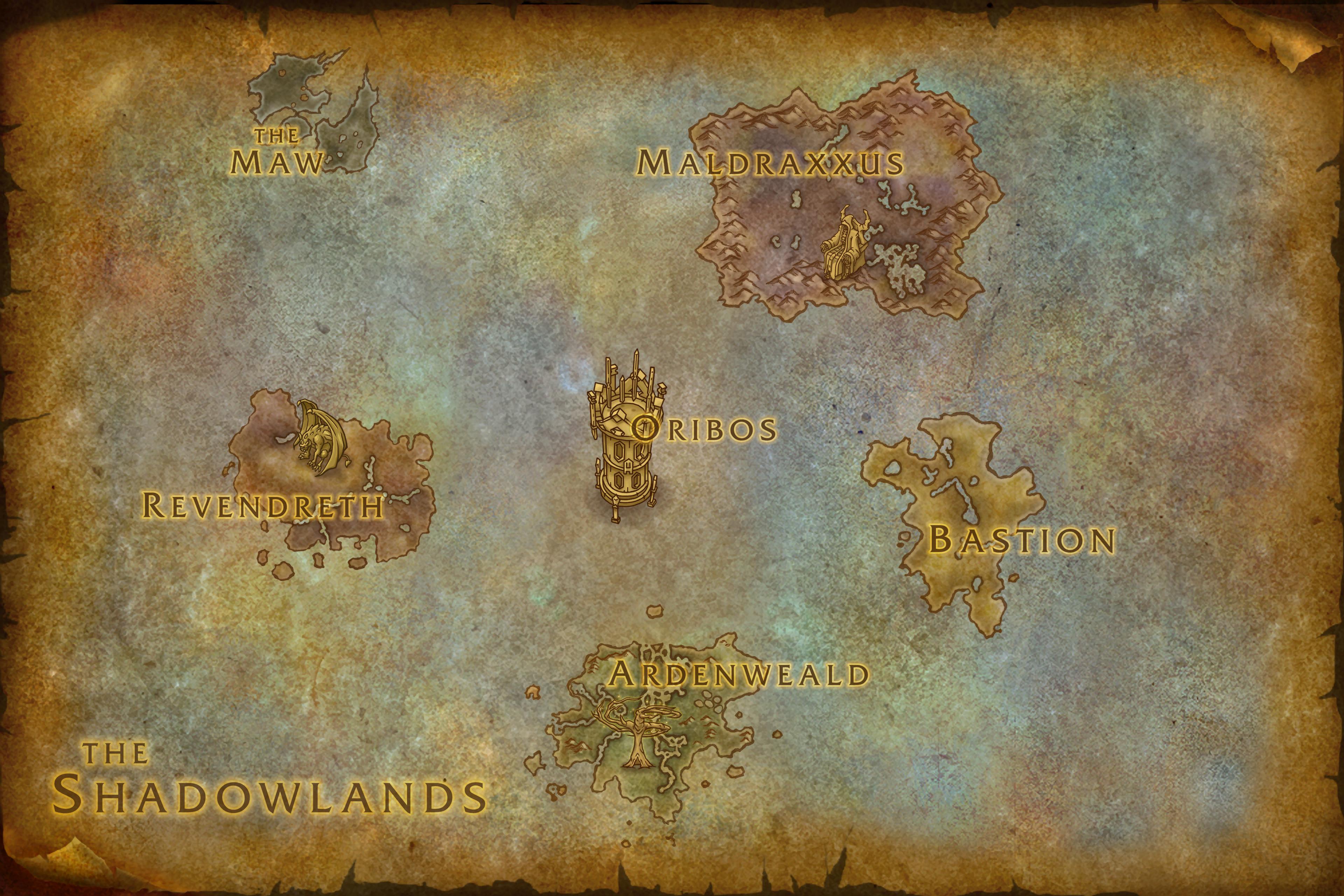 For new players were made a new starting location, common for all races and factions, where they find themselves as a result of a shipwreck in the middle of an expedition - the Island of Exiles. This location is designed to teach players the basics of the game (Death Knights, Demon Hunters and Allied Races will start at level 8 in their zones). However, no one forbids starting with classic locations - players are asked about this immediately after choosing a hero. From level 10 to 50 you can choose any adventures you want, like say “Hello” to Arthas, the Lich King or want to enjoy the views of sakura blossoms, you just need to find Chromie (she located both in Stormwind and Orgrimmar, near each city's Embassy) ask her about and go thru. As it has been mention, you can join this adventure between levels 10 and 49, when you reach level 50, Chromie teleports you back to your capital city and removes you from Chromie Time. You still can finish those quests, but will not get exp rewards.

In the Shadowlands will be 6 locations at all:

1. The city of Oribos serves as the crossroads of the Shadowlands. Here, mortal souls are judged by the Arbiter before being sent to their final destinations.

2. The Maw - a place of eternal torment, where the most sinful souls of all worlds, doomed to eternal suffering. And no one but you has ever been able to get out. 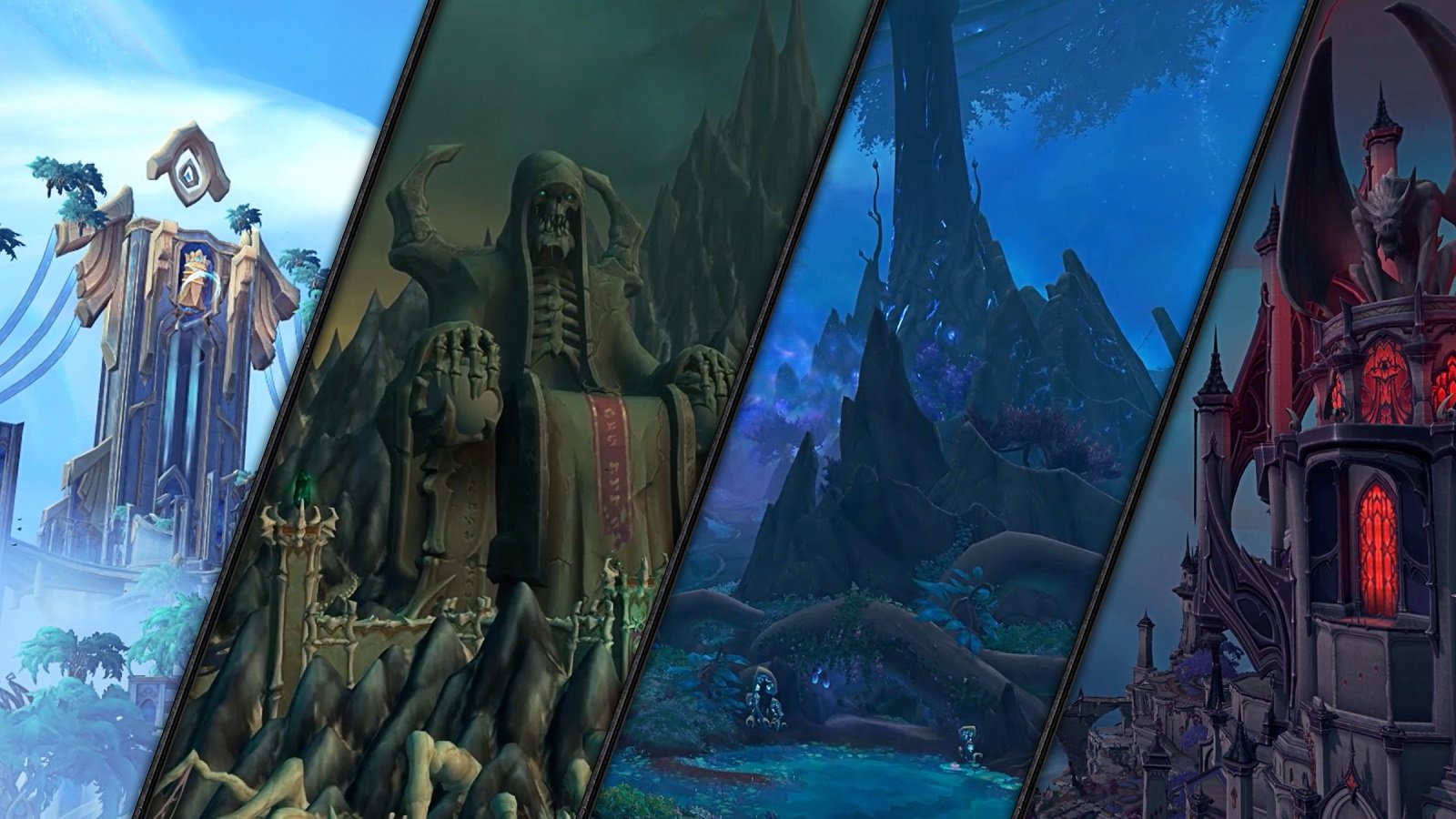 And four locations for four different fractions, that you can chose, called Covenants -

3. Kyrian rule the Bastion, it’s they who have always resurrected our fallen heroes, waiting for them in the cemeteries;

4. Venthyr, creatures look like and acting as aristocratic vampires, in Revendreth;

5. Night Fae in the Ardenweald, their main mission is to carry of spirits of nature,

6. and Necrolords rule in Maldraxxus, the birthplace of necromantic magic and where the Fel came from.

By improving relations with them, players will receive additional abilities (main two additional abilities - general and for each class) and items, passive bonuses and transmogs, unlock huge amounts of the story campaigns. Unique Covenant abilities will not work outside of Shadowlands content. But Soulbind and Conduit bonuses perhaps will appear to continue to work in all content.

Each fraction will provide you chance to rule the kind of Command Table (similar with previous, but Blizzard says there could be some differents), and get Anima, the product of all of the soul's experiences and actions in life, that you could use to improve your gear, it is also required to unlock the talents of covenant mediums. Actually Anima could be mined and used almost everywhere in upcoming content.

In addition, it is your Covenant faction that gives you access to the Torghast, an endless tower, each floor there is randomly generated, with various enemies, ensuring your runs will never be the same with various types of challenges, in which you can challenge it alone or in a group. You will have to spend a lot of time in Torghast, because that place where it's easiest to get the resources necessary to create items, and when you move deeper, you are more likely to get materials for creating Legendary weapons and armor.

Well, it remains to wait until November 24, when we will be sent to the other world and will break into new battles.