Since there are a lot of mounts in the new Shadowlands expansion, in this article we will talk about the creatures that can be obtained in the open world. To do this, you do not need to be a member of a certain Covenant, and any player can get the listed mounts, nevertheless making a certain amount of effort. 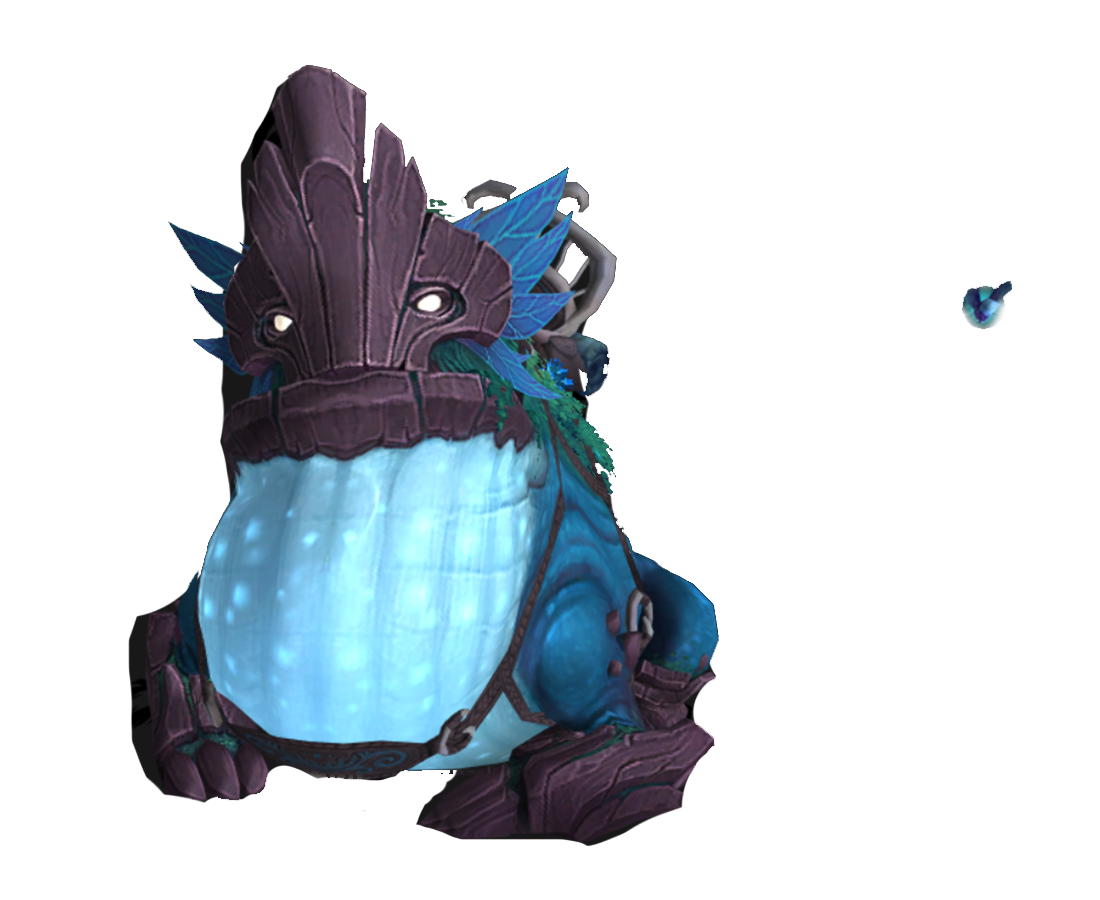 Perhaps the most popular new mount among players is the Arboreal Gulper. Surely they could see columns of pacng frogs in Oribos, so these boys. Getting it by the way is not difficult, but it can take some time. First you need a mushroom, and it drops from any NPC in Ardenweald, but the chance of loot is not so high. If you are lucky and you get a mushroom, you have only 20 minutes to get to the place / way 32.5, 30.3 There is a place where you need to place this item. The mushroom grows quickly, and in a few moments an evil NPC Humon'gozz will appear in front of you, which must be defeated. He has a lot of HP, and he will not cause much trouble. In general, you can try to find a group in the group search for it. 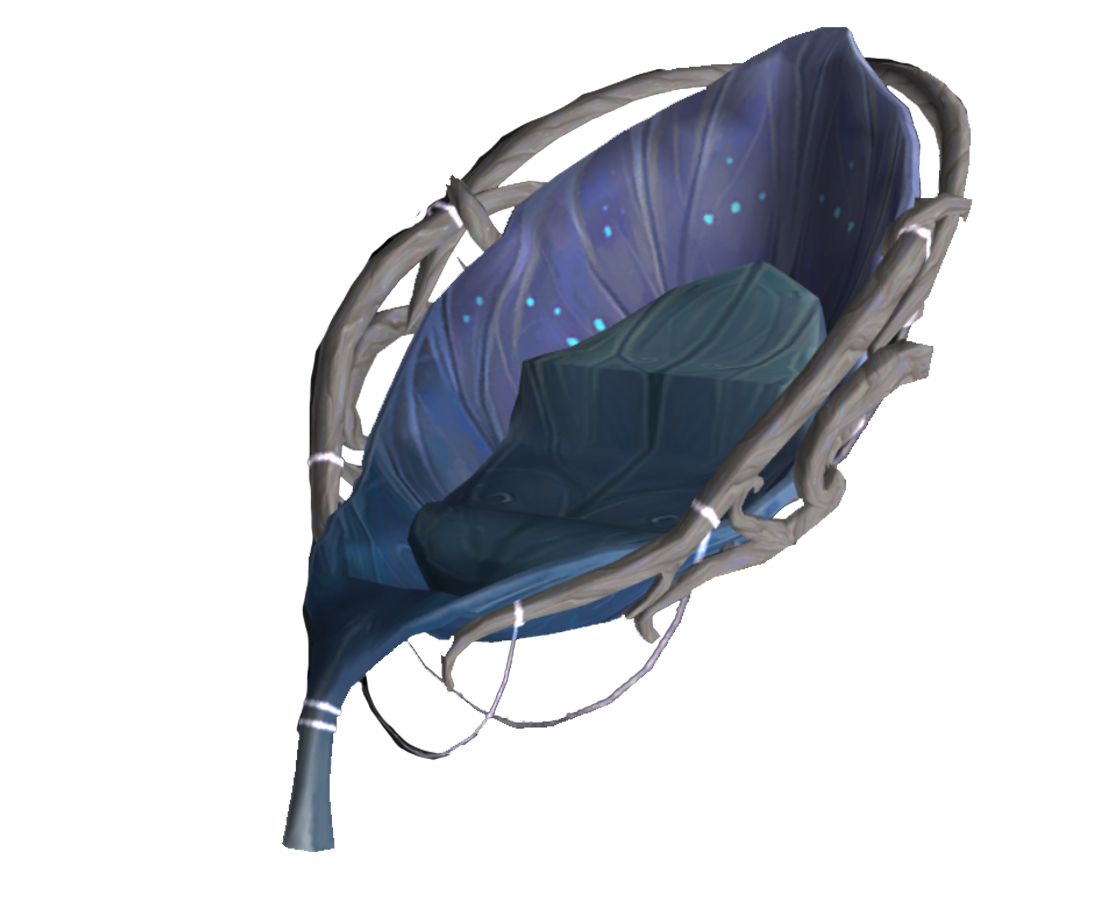 There are new mount, not a beast, but very beautiful cradle Wildseed Cradle. To obtain this unusual mount, you need to open the Cache of the Moon. But initially, this treasure is hidden from the eyes of the players and gives it only a slight purple glow behind the guardian guarding the treasure - the pixie gardener Twinklingstar (63.9 37.6). To be able to see the Cache of the Moon and obtain Wildseed Cradle you have to find Twinklestar's five missing tools, combine them into Twinklestar's Gardening Toolkit and return it to her at Tirna Vaal on Ardenweald. All tools are located around the Garden of Night on Ardenweald, you have to interact with to loot the item. There are five items to find:
Diary of the Night is located on the elevated platform on the tree, sitting on a table. /way 38.99 56.96
Gardener's Hammer is located inside the cart. /way 39.75 54.40
Gardener's Basket is located just by the fountain's edge, on the ground. /way 40.31 52.62
Gardener's Flute is located on the ground, there is a group of spriggans dancing over it. /way 38.49 58.08
Gardener's Wand is located under the cart, somewhat hard to see. /way 38.85 60.10
When you will get them all press on one of them and you will get Twinklestar's Gardening Toolkit, talking to Twinklestar will open a new dialogue option which will grant you the buff Moonsight, allowing you to see that the glow behind her was the Cache of the Moon all along. Open it and you will receive the Wildseed Cradle.
Well, this could be the fastest mount acquisition. 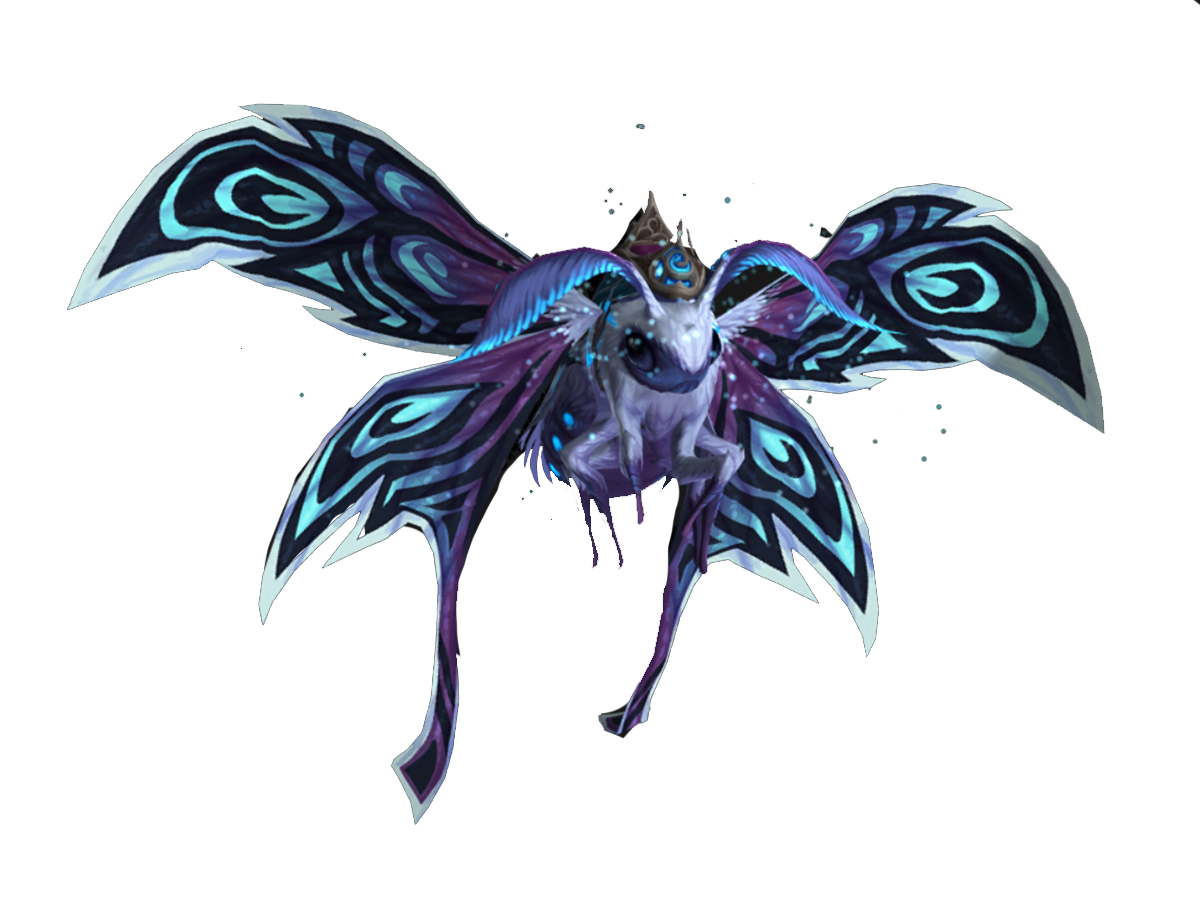 For getting Silky Shimmermoth you need help of Night Fae Covenant players, because only they can start event with rare mobs - participate in seven different performances at the Star Lake Amphitheater. It is sold by Master Clerk Salorn in Ardenweald /way 43,1, 47,0 for 5,000 Reservoir Anima.
So, as you are NightFae folk, you have to complete line quests For Queen and Grove! Open Anima Conductor and channel anima to Dreamsong Fenn. After that need to go to Star Lake Amphitheater and speak with Dapperdew to start the event:
Astra, As Azshara.
Mi'kai, As Argus, the Unmaker.
Glimmerdust, As Kil'jaeden.
Glimmerdust, As Jaina.
Senthii, As Gul'dan.
Dreamweaver, As N'Zoth.
Niya, As Xavius.
Only one mob is available daily, and it can be summoned an infinite number of times (but you can only get loot once a day). So you need 7 days to get it. 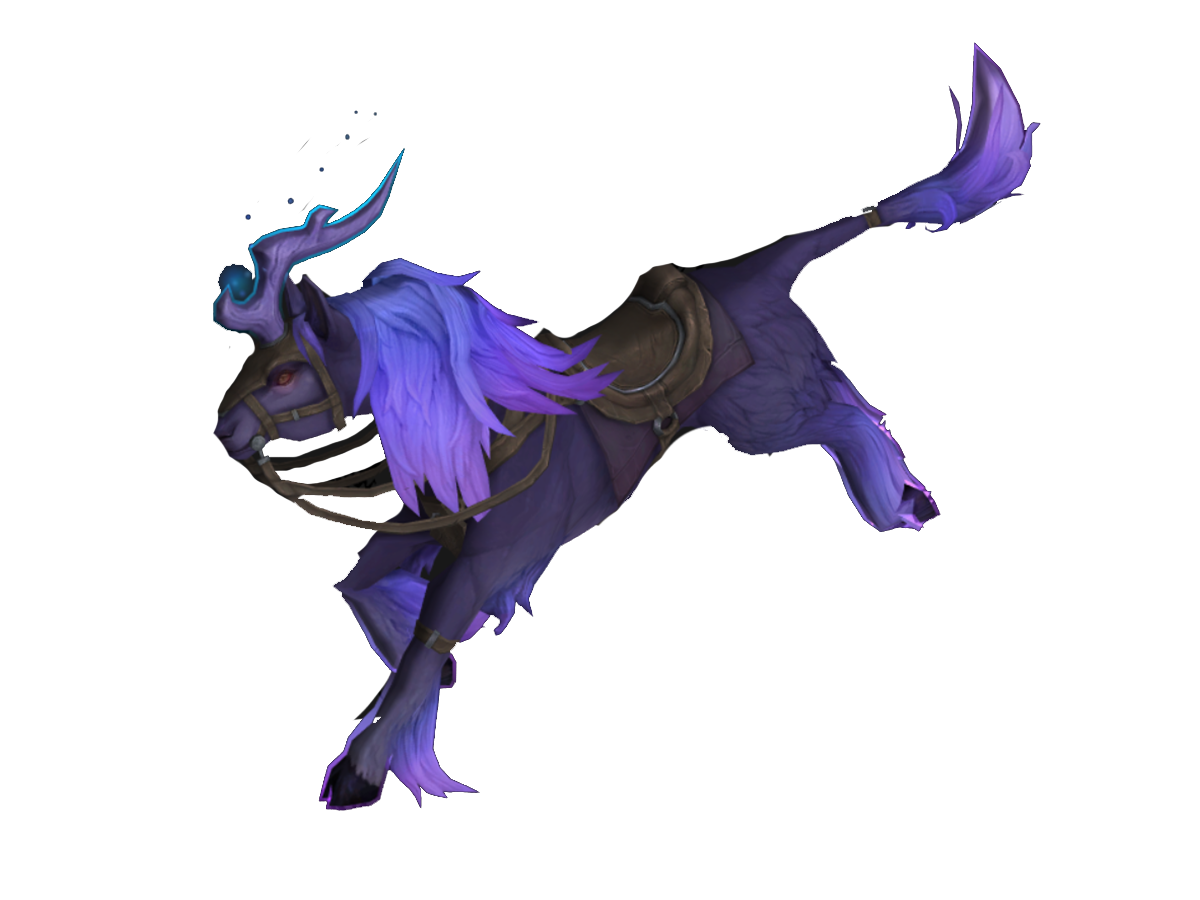 There is very intersting and yet kinda hard to get mount - Swift Gloomhoof from Night Mare.
Yeah, there are some steps associated with the Night Fae covenant, but if you have different Covenant, you can ask the guards outside the Heart of Forest to speak with Ysera and she will come out.
The hardest part is the first step, so a little bit more info:
Go to the Tirna Schithe open world zone 18.05 62.07 map.
Jump to the tree root that looks like this jpg
Use Goblin Glider Kit or similar then follow the tree to the left and jump 1 more time with Goblin Glider Kit
Collect the Broken Soulweb behind the cart at 19.74 63.47
Collect Broken Soulweb (19.74 63.47) Need 2x Goblin Glider Kit (Otherwise you can jump to the coordinates /way 19.7, 63.5. using Venthyr skill or DH jump, or any simillar things)
Complete Trouble at the Gormling Corral questchain
Complete next Tricky Spriggans questchain
Speak with Elder Gwenna and get Repaired Soulweb. Need to have 10 x Lightless Silk
Speak with Ysera and get Dream Catcher.
Use Dream Catcher to see the Night Mare at coords 62.17 52.18 Go counterclockwise around Hibernal Hollow
The fight is very hard to solo, especially if you cant heal yourself, better to make a group for it. BUT each member of the group must have a Dream Catcher collected, without this they will not be able to see and attack the Night Mare. The buff from the Dream Catcher hangs for only 5 minutes, but there is no cooldown on the catcher itself, so if necessary, you can update it directly in battle (and it is best to update the buff again before the start of the battle). 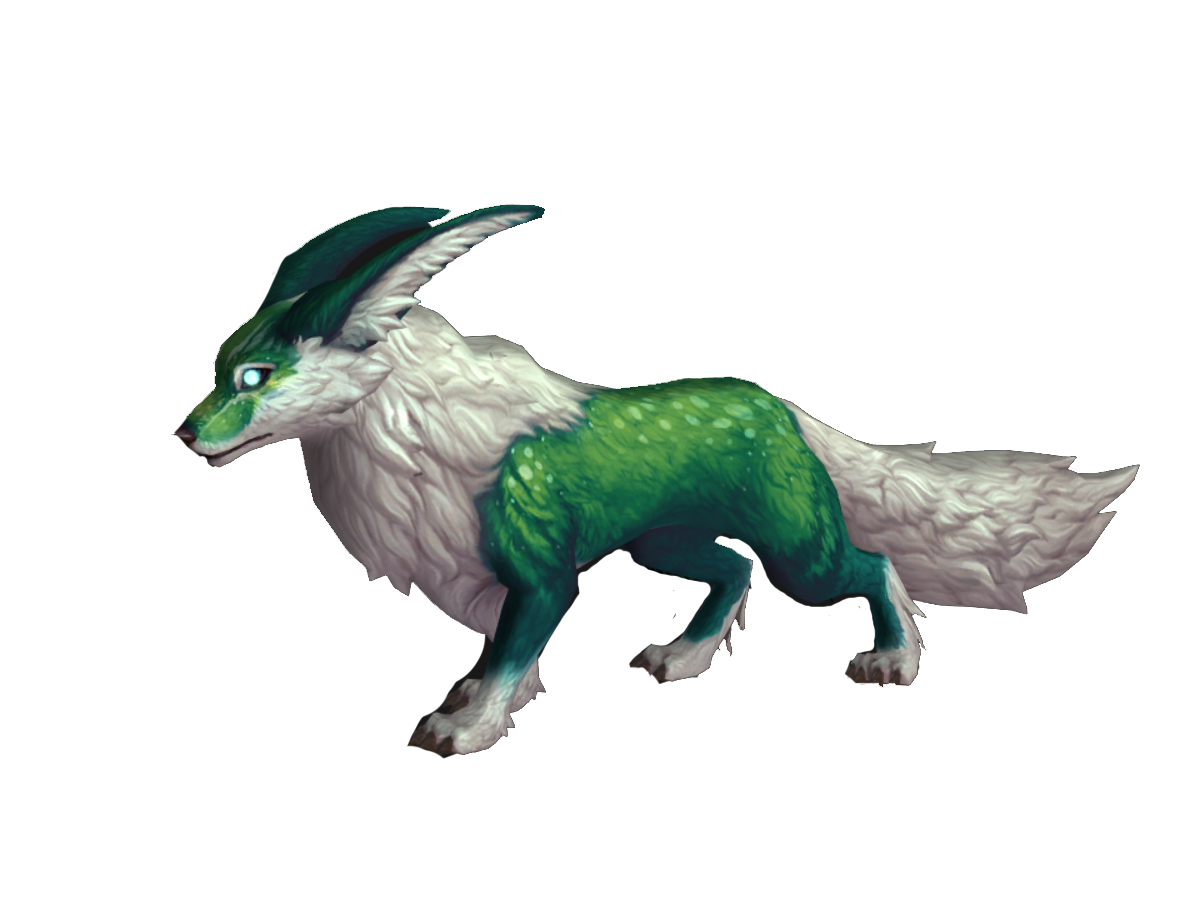 Wild Glimmerfur Prowler drops from Valfir the Unrelenting in the Ardenweald zone (/way 30.45 55.55). To get this mount you also need help of NightFae covenant, becaues only them have the ability to pick up the Shining Animaseseed, who unlock their Heart of the Forest Covenant shrine by completing the first chapter of the campaign before the quest "For the Queen and the Grove!"
To remove immun Misty Veil from Valfir the Unrelenting you need to
pick up Sparkling Animaseed use Animaseed Light extra action button on rare to remove immun Misty Veil, defeat NPC and ride your new moint. 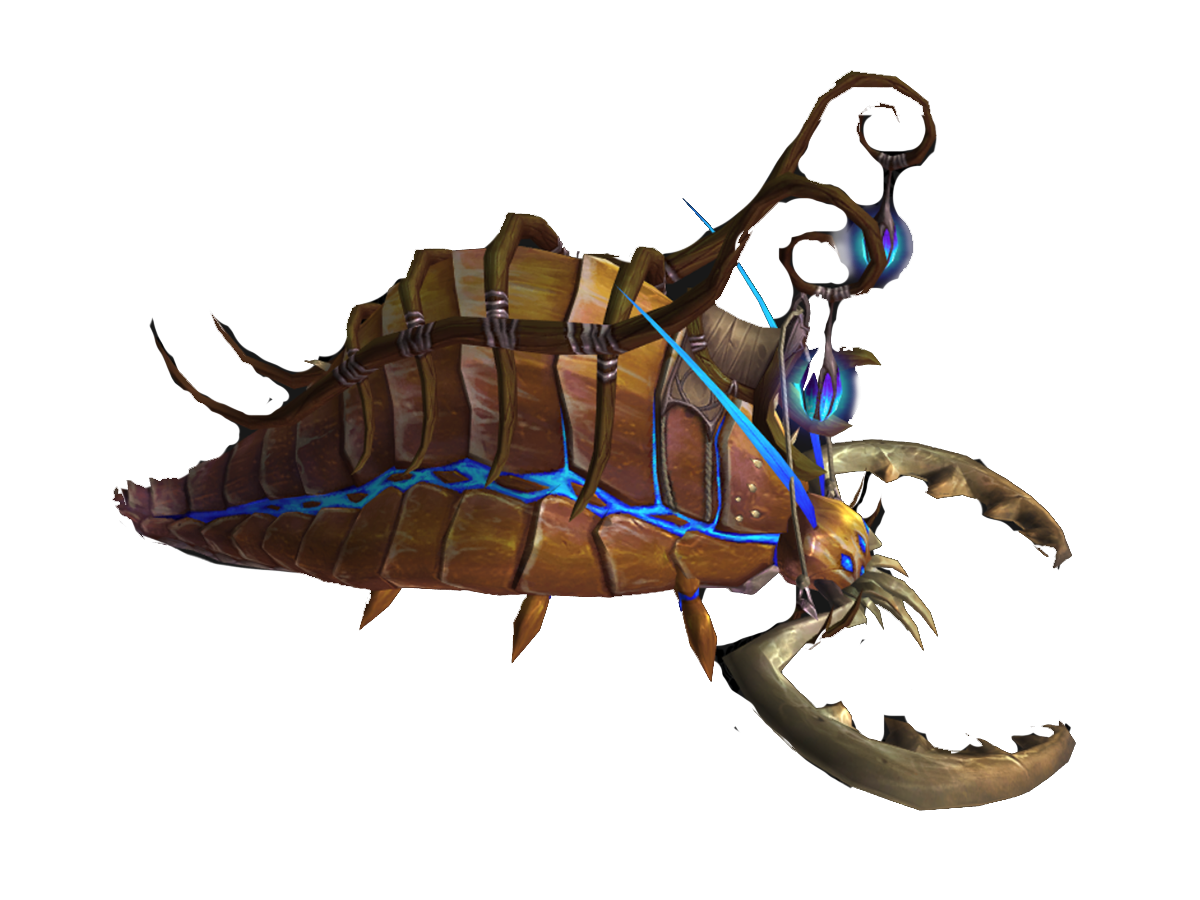 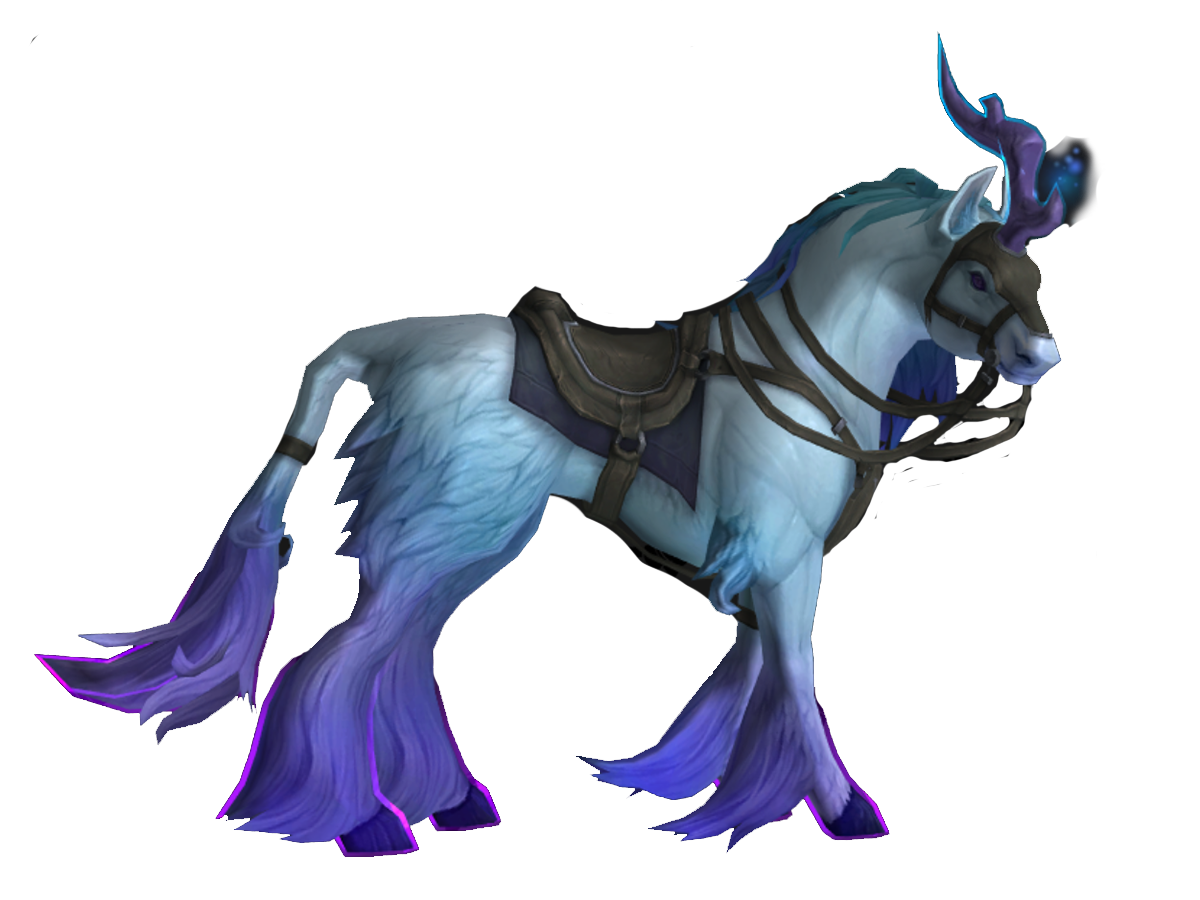 Undoubtedly, getting new mounts can take time, but the developers have provided an excellent opportunity to brighten up everyday life and sort out the intricate riddles of new locations. Not just farming a couple of ingredients (uh yeah, you need a lot more, but that's not the point), but the opportunity to feel the life and existence of other creatures.