There are 24 achievements, spread out on every of 8 mythic dungeons in Shadowlands. When you will complete all achievements, you will get reward the Voracious Gorger mount. 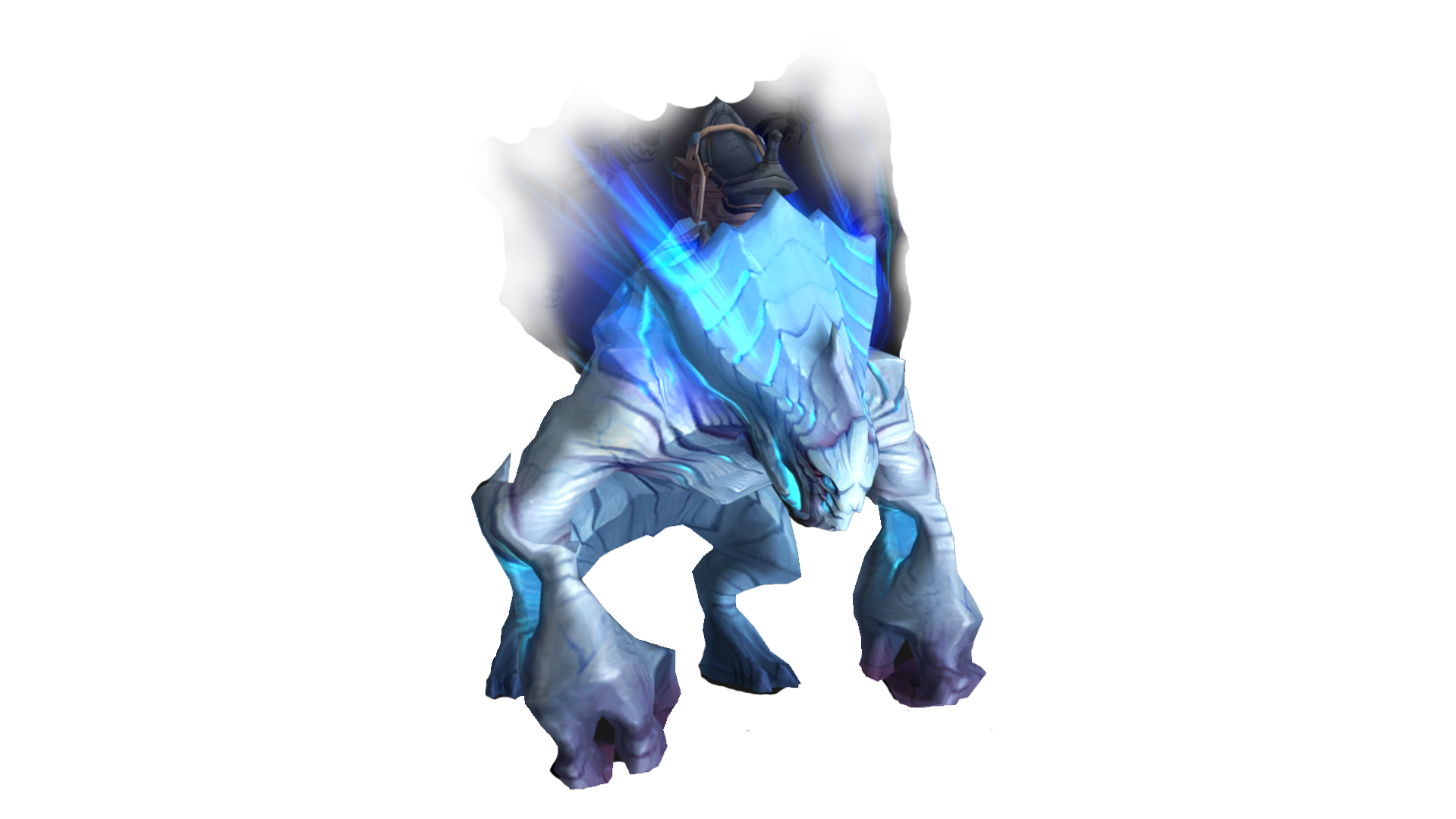 Bountiful Harvest (The Necrotic Wake)
Defeat Amarth the Harvester after he's consumed the corpse of a Grisly Colossus using Final Harvest in the Necrotic Wake on Mythic difficulty.
To summon the Grisly Colossus you have to click the Grisly Curio object in the corner of the boss room. (It respawn when the boss does, but you can use the Curio and get the mob low before engaging the boss). After your group has defeated the Grisly Colossus, start the boss fight and pull Amarth on top of the corpse and wait for it to cast Final Harvest.
Amarth will heal to full health and gain a new buff Bountiful Harvest, which heals him for 1% health every 4 seconds. To make this fight easier, you may want to save and use Bloody Javelin found throughout the instance.

Ready for Raiding VII (The Necrotic Wake)
Defeat Nalthor the Rimebinder without being struck by Comet Storm, Blizzard, or the secondary effect of Frozen Binds in the Necrotic Wake on Mythic difficulty.
You have to avoid getting struck by Comet Storm, Blizzard, and the secondary effect of Frozen Binds. Assign the tank to stay in the center of the room and everyone else to a different corner. That way, everyone can dodge Comet Storm by walking in a large circle.

Surgeon's Supplies (The Necrotic Wake)
Defeat Surgeon Stitchflesh after destroying two barrels of spare parts in the Necrotic Wake on Mythic difficulty.
You have to use the Meat Hook ability from Stitchflesh's Creation to destroy the two barrels of spare parts found in the corners of the room. After both barrels have been destroyed, simply kill the boss and you'll get the achievement.

Going Viral (Plaguefall)
Defeat Doctor Ickus after destroying 2 Volatile Plague Bombs in Plaguefall on Mythic difficulty.
First clear all the mobs in the area. After that, several players in your party will have to click Volatile Substance and throw it in the alchemical pools. Once Doctor Ickus gets to 66% and 33% (intermission phases), he will cast Virulent Explosion and summon 1 Volatile Plague Bomb. Defeat the two purple slime adds and then kill the boss.

Breaking Bad (Halls of Atonement)
Defeat Echelon after shattering 18 or more Undying Stonefiends at one time in the Halls of Atonement on Mythic difficulty.
Echelon will periodically summon 6 Undying Stonefiend throughout the encounter, try and kill them as clumped as possible (without using Stone Shattering Leap) until 18-24 of them are up.
Upon reaching 100 energy, Echelon will cast Curse of Stone, followed by Stone Shattering Leap. Once 18 or more adds are clumped up, the player marked by the ability will have to use it to destroy all Undying Stonefiend. If the criteria turns white, defeat the boss and you'll get the achievement.

Nobody Puts Denathrius in a Corner (Halls of Atonement)
Defeat Lord Chamberlain with 3 Sinstone Statues in corners of the room in the Halls of Atonement on Mythic difficulty.
First you have to bring Lord Chamberlain below 40% and wait for him finish his second Chamberlain's Chorus. After the sequence has finished, choose a part of the room where to complete the criteria. The achievement will go white when you have 3 statues in the corners and will go red again if one gets moved out, so track it and keep an eye on the tracker. Have players stand in any three corners of the room and wait for Lord Chamberlain to throw 3 different Sinstone Statues with Telekinetic Toss.

Couple's Therapy (De Other Side)
Cause Millhouse and Millificent to strike each other with each Shadowfury and Echo Finger Laser X-treme cast and defeat the Manastorms in De Other Side on Mythic difficulty.
Stay near the bosses and wait for the spells to be cast.
In the first phase, two players will get marked with red markers. Position the boss between, and a big red Z shaped laser will come in and stun Millhouse.
In the second phase, someone will get marked with a blue arrow on their head, and a purple circle around them. This will stun Millificent.

Highly Communicable (De Other Side)
Defeat Hakkar, the Manastorms, Dealer Xy'exa, and Mueh'zala while at least one party member is afflicted with Corrupted Blood within a single visit to in De Other Side on Mythic difficulty.
Clear adds in the instance before you engage Hakkar the Soulflayer. During the Hakkar fight, ensure you have the Corrupted Blood debuff on two people and stack them together. You need to keep this debuff bouncing between two people while you finish the dungeon. (Can swap the debuff onto any other players, it does not have to be the same two with it the entire team). You can have the tank and healer spread the Corrupted Blood debuff to each other and take a portal together, while all the other 3 dps take the remaining portals alone. Back at the main platform attack the boss, get the achievement.

Thinking with... (De Other Side)
Defeat Dealer Xy'exa after collecting all 5 orbs floating above her in De Other Side on Mythic Difficulty.
The boss will periodically put Displacement Trap below your feet, use this to launch yourself into the air to collect the orbs.

ExSPEARiential (Spires of Ascension)
Defeat Devos, Paragon of Doubt after hitting her with five Spears of Duty in the Spires of Ascension on Mythic difficulty.
The spears are dropped from the 5 groups of Kyrian fighting each other in the air above the boss arena. Spears won't spawn once in same time. Assign one person to fall off the edge in Stage 2 and then glide to pick up the spear. Wait for Devos to stop moving and then throw the spear. Once all five spears have hit Devos, kill the boss and you'll get the achievement.

I Can See My House From Here (Spires of Ascension)
Gather all five orbs within 60 seconds of each other in Spires of Ascension after defeating Devos, Paragon of Doubt in the Spires of Ascension on Mythic difficulty.
The first orbs is near by the dungeon entrance. Second, third and fourth are dispersed in dungeon middle and high in sky. The fifth orb is in front of the final boss platform. First gather 2nd-4th orbs, and only after that announce 1st and 5th to gather orb.

Fresh Meat! (Theater of Pain)
Defeat Gorechop after tenderizing 2 hunks of meat with Tenderizing Smash in the Theater of Pain on Mythic difficulty.
There are two piles of meat in the corners of the room. Gorechop needs to be standing close enough to the piles of meat when he casts Tenderizing Smash so he hits the meat with the ability, do this twice for both meats and then you have to kill the boos and get the achievement.

Residue Evil (Sanguine Depths)
Defeat Executor Tarvold after slaying 8 Forlorn Captives with the effects of Residue in Sanguine Depths on Mythic difficulty.
Clear all the trash across the entire ring around the boss. Mark all Forlorn Captives with Marker Icons. Wait for the Fleeting Manifestation to get 80 energy or more and then kill it in front of the cells. The Residue left on the floor will then be big enough to reach the Forlorn Captives and kill them. Repeat this for the all the other adds and once the criteria has been met, you can kill Executor Tarvold and get the achievement.

I Only Have Eyes For You (Sanguine Depths)
Defeat Duraka the Unbreakable in the Sanguine Depths on Mythic difficulty.
First, find the two gems. Once you loot a gem, it only lasts 10 minutes in your bags. Left Gem Eye is in the room next to him, behind the statue. Right Gem Eye is in a coffin in the room before the last boss platform. Use the bag from your inventory when next to Duraka and it will place it in him. Once you give him both, he will turn hostile, defeat the boss.